Interviews Are An Important Part Of The Hiring Process

But Research Shows That They Are Subject To Unconscious Interviewer Bias 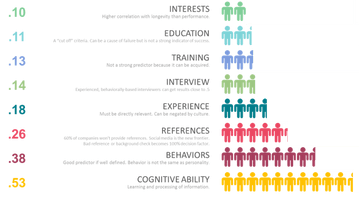 How Effective Are Interviews?

One of the reasons for this is that structured interviews are influenced by the natural biases of even the most experienced interviewers. This can happen as soon as within the first twenty seconds of the interview.

To help you explore theimpact that this might be having on your hiring decisions, here are three research studies that examine the impact of unconscious interviewer bias in the hiring process.

One of the ways to counter this bias is to use validated hiring assessments to supplement the information obtained during the interview.

The Impact of Interviewer Bias on Hiring Decisions

Without a doubt, most hiring managers and HR professionals who are interviewing job candidates for a position do their best to be objective and pick the best candidate for the job.

Unfortunately, human nature can get in the way of being as objective as needed during the interview.

In these three major university research studies, researchers investigate the impact of unconscious bias on the final outcome of the interview. You can review the overview of the results or each report and download the complete reports below.

Here are the major conclusions of the three studies: 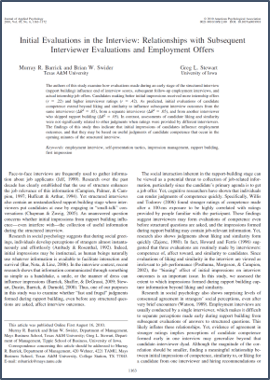 Initial Evaluations in the Interview

The findings of this study thus indicate that initial impressions of candidates influence employment outcomes, and that they may be based on useful judgments of candidate competence that occur in the opening minutes of the structured interview. 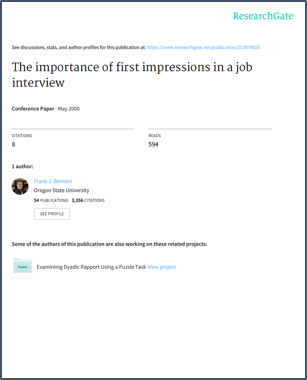 The Importance of First Impressions in a Job Interview

In the this study, naive observers evaluated the initial greeting that took place within 59 employment interviews.

Naïve observer judgments based on the initial 20-seconds significantly predicted interviewers’ assessments who questioned the applicants for over 20 minutes. The present study showed that a personnel director’s assessment of an applicant’s skill, knowledge and ability might be fixed as early as the initial greeting of the formal interview. 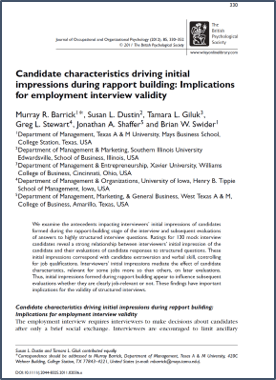 We examine the antecedents impacting interviewers’ initial impressions of candidates formed during the rapport-building stage of the interview and subsequent evaluations of answers to highly structured interview questions.

Thus, initial impressions formed during rapport building appear to influence subsequent evaluations whether they are clearly job-relevant or not. These findings have important implications for the validity of structured interviews.

Always have at least two different people ask the same questions and record their answers. Then have either neutral third party compare the results or have the two interviewers discuss their observations and come to agreement.

This eliminates the “I like them because they are like me” unconscious bias that is part of human nature. Someone who doesn’t have a personal interest in the outcome of the hiring decision will be less influenced by this natural tendency.

Add A Hiring Assessment To Your Process

A well designed and validated hiring assessment can add valuable objective information to the hiring process. We will be glad to talk discuss your hiring process and give you our best recommendation for your particular situation.

Click here to get in touch and find out more!